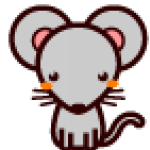 When it comes to sushi, we can’t deny the fact that most of us love the vivid, orange colored soft and fluffy Salmon topped on the authentic vinegar-mixed Japanese rice. Salmon sushi or the ‘Sake Nigiri’, is a Japanese traditional nigiri known by diners from all over the world with its subtle texture and delicate flavors highly recommended for diners of all backgrounds. Newcomers and those who are not so sure when it comes to eating raw fish would even surrender to its extraordinary blend of both delicacy and savory that melts in the mouth like cotton candy.

Salmon nigiri is often eaten by hand in a single bite. Generally, all nigiri sushi are bite-sized – diners can simply devour their favorite sushi by hand anywhere, anytime without the use of utensils. This fact indeed made sushi among the most convenient type of food that can heal your urgent hunger and stomach growls in an instant. The special treat about Salmon sushi or Sake nigiri is that its rawness makes it even better in taste. Fishier and stronger as it is served raw, topped on cooked Japanese rice, this sushi topping is extremely delicious with dabs of Wasabi (Japanese green spice paste) and dips in soy sauce or Eel sauce.

The History of Salmon Sushi

Before Salmon sushi became today’s world famous sushi topping, it has gone through a bit of a history that dates back centuries ago. Salmon is a freshwater fish mostly consumed out of Asia – specifically in the United States and in parts of Europe. Salmon has been used to make baked fillets and steaks, which are all cooked dishes. However, Salmon isn’t a subject of popularity back then in Asia – they were not made into sushi toppings in Japan. In the early 60s and 70s, Japan did not use Salmon in their crafting of sushi until the Norwegians came to Japan to strengthen the bonds between two nations. The experiments of better raising the Salmons in Norway paved way to the exports of their proudly processed product: Salmon, to countries that consume high numbers of fish like Japan.

Grown with higher fat content, Salmon fish quickly became known for its mild, yet rich tastes of natural oil that excretes from its body. Raised with developed processes and experimented improvements, Salmon no longer have parasites to be afraid of. Although Japan had its own seafood, over-fishing and rising population in the 70s gave no choice to Japan – so they tried importing Salmon, further applying the fish to their own authentic Japanese style dishes.

Why Salmon sushi is ‘LOVED’ by everyone

Salmon sushi gives off a mild, yet exotic taste that lingers in your taste buds. Despite its rawness, Sake nigiri is well loved by most people with its soft texture and convenience in consumption. Bite-sized and easily enjoyable anywhere, anytime – Salmon sushi has won the hearts of diners of all ages. Properly processed and preserved, Salmon sushi is also a greater way to add fish intake to your diet if you don’t eat a lot of fish in a daily basis. Omega-3 fatty acids found in Salmon are highly essential for brain development, growth, better eye-sight, and also helps lower blood pressure, which explains why it is well loved and became popularized in many dishes – as Salmon is recommended by most healthy eaters and even diners in general. A good way to handle your diet plans, enjoying fish and chips as well as other junk foods wouldn’t be of much help. However, sushi is considered a more enjoyable, yet healthier choice of food for Japanese food lovers and gurus.